On this page you will find information about:

The Origin of "Right Livelihood"

The concept of “right livelihood” has been adopted in the west and expanded in meaning. However, it originally came to us from Buddhism as part of the Buddha’s “Eightfold Path.” In Buddhism, the Eightfold Path is intended to serve as a guide to finding our way in life.

In Pali, the language of first record for Buddha’s teachings, right livelihood is known as “samma-ajiva.” The prefix samma is usually translated into English as “right” which can take us down the dangerous path of orthodoxy forced on us by authority.

A better translation might be “complete” or “perfect.” Thus, in the context of the dynamic tensions that exist around our efforts to understand and perfect our thoughts and behavior, “right livelihood” becomes something more like “livelihood completely understood and perfectly conducted.” 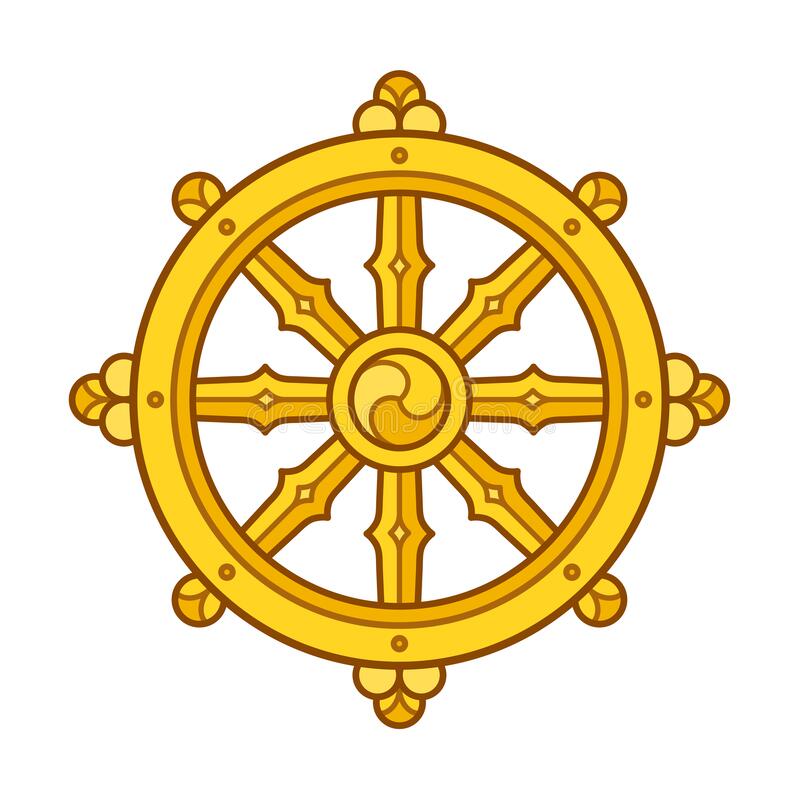 One of the simplest interpretations (and most popular in today’s media) is “right livelihood” equals “work that does no harm.”

As Buddhism has become increasingly visible in the West, it is clear that the predominant form it is taking here is that of the lay practitioner or householder. According to the Buddha, there are several things conducive to the happiness of the layperson:

In several texts, the Buddha adds dimension to the meaning of right livelihood by going beyond the usual listing of unacceptable jobs like selling arms, drugs, sex, meat, or poison to discuss the household or economic aspects of right livelihood.

In one such text, Buddha advises laypeople about keeping their books in balance:

Don’t allow more cash to go out than you have coming in.

That seems like good, common-sense advice. We may want to reflect, however, on the deeper meaning of such advice.

The Buddha’s teachings are always multi-level and it doesn’t take much effort to see that the idea of a life in which income and expenditure are balanced can also apply to the over-riding “household” of our socio-economic and ecological realms.

Ultimately, right livelihood includes the practice of all facets of Buddha’s “eightfold path” with, perhaps, special emphasis on mindfulness.

Mindfully balancing the costs and benefits of our individual, familial, community, and cultural lives thus becomes the practice of knowing our place in the world and learning from that what “right/complete/perfect” actions may be required of us

Traditionally, Buddhism encourages us to make our living in ways that avoid:

As mentioned above, five occupations are specifically condemned—those that trade in:

You cannot practice right livelihood in isolation. Even if you refrain from the five prohibited trades—even if you have a job that does not require deceit, treachery, trickery, or usury—you must still attempt to apply moral guidelines to

It is not enough for your job to be deeply meaningful; it must also provide you with the opportunity to practice mindfulness in everyday life.

This will create a context for self-development and the realization of your full potential.

The concept of “right livelihood” has evolved as Western culture absorbed and expanded its meaning. It now includes these ideas: 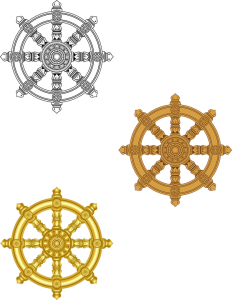 1. No job should be exclusively non-manual.

“It would be salutary if everybody was expected to have a certain amount of competence and responsibility for mechanical things. It is a joy to use our astounding physical capacities and do physical things well, so our jobs should make such satisfactions possible.”

2. People should not be expected to remain in any one job slot for long.

“People should rotate through various jobs on an annual basis. Regular rotation of personnel from job to job builds a more flexible, versatile, and resilient cadre of employees—who may also be less bored and more loyal.

3. No job should make its holder work alone for long.

“There should, at the least, be alternations of joint and solitary activity.

“Humans can be individualistic, but we are also a species very good at teamwork, and it has a deep fascination for us. In a larger sense, the ultimate in teamwork is worker-ownership. It can cut through the pretense of management-controlled ’empowerment’ programs and gives owner-employees real power and responsibility.

“An employee-owned and controlled company can sometimes be a little like a tribal village itself, reducing the gulf between work and the rest of life (which has such a schizoid effect on us) and reminding us that one of the chief ‘products’ of an industrial enterprise is the quality of life that it provides for its inhabitants.”

“If sizable numbers of people begin to think that these principles (or something like them) ought to apply to their jobs, society will ultimately have to respond, just as it has had to begin to respond, painfully and grudgingly, to our demands for gender neutral pay scales, for cigarette-smoke-free air on the job, for the reduction of job safety hazards, and so on. That will make it easier to begin making livelihoods right in the spiritual sense as well. Both kinds of concern, it seems to me, are essential if we are to make our society appropriate for the kinds of beings we are.”

Excerpted from “Before the Fall” by Ernest Callenbach, the foreword to Mindfulness and Meaningful Work: Explorations in Right Livelihood, edited by Claude Whitmyer, pp. xiii-xiv (Parallax Press, 1994).